The PGA of South Africa announced its annual awards for PGA professionals, and among the national winners were two familiar faces, Derek James from Southbroom and Jeff Clause of St Francis Links, who have often been honoured in the past for their achievements.

James, a former Sunshine Tour player who recently celebrated his 60th birthday, now has five major PGA awards, the previous four being for Club Pro of the Year and Teacher of the Year. He was voted top Club Professional under the new system where five categories are recognised by the PGA.

Clause, the CEO at St Francis Links, who left Texas nearly 30 years ago to become the first golf director at Fancourt, and has remained here ever since, is the Club Manager of the Year.

Jeff Clause of St Francis Links was named PGA Professional of the Year from the five category winners. 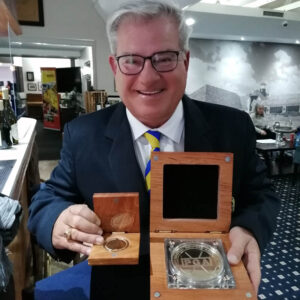 The national winners in the other three categories were:

The five national winners will attend the PGA Annual Awards and Graduation Ceremony in conjunction with the AGM and PGA National Championship presented by Diners Club. Each winner will receive a PGA Medal with one of the five being named PGA Professional of the Year for 2020.