St Francis Bay is a once-hidden gem which receives greater appreciation from golfers since the opening of the Jack Nicklaus-designed St Francis Links in 2006. The two courses in the village complement each other, and have made this a golfing getaway destination.

It’s a fun layout yet this is no “holiday course,” even with five par 3s. Visitors are surprised to hear it was once a 9-holer. The course was rebuilt in 1999 by Danie Obermeyer and Phillip Basson from Golfscape with a new routing, although several older holes were retained. Five new holes – 11 to 15 – are on property close to the sea, split from the old nine by a public road. The rest are in the heart of the village, with houses on the perimeter.

With its sandy soil, the course has a strong links feel to it, particularly the bunkering and greens, and indigenous bush lining some fairways has similarities with the Humewood links in PE. Attractive design features have resulted in an interesting variety of holes. The 11th and 13th share a double green. A rare water hazard guards the par-3 eighth.

It can be windy along this coastline during summer, yet St Francis Bay remains playable in difficult conditions.

The original 9-holer was conceived by Maxwell Hulett, brother of Cape St Francis developer Leighton Hulett, and opened in 1975 for private use. The growth of the area in the 1990s, and more permanent residents, made the construction of an 18-holer inevitable. It was built for R1 million by Golfscape. In 2006 the club hosted the SA Country Districts tournament. 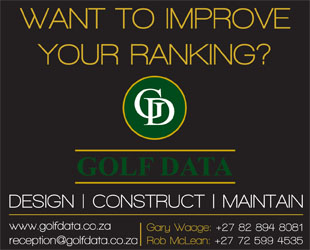 The 381-metre ninth is a magnificent linksy hole, a dogleg right around coastal bush, that could have come from Ireland or Scotland. From an elevated tee you play to a rumpled fairway. The newer back nine ventures close to the beach, and 12 is a creative short par 4 with a blind approach through the dunes to a hidden green. Two good par 5s at 15 and 18 make up a strong finishing stretch. The 480m 15th is the longest hole adjoining the main road, with a cleverly shaped green, while the 438m dogleg-left 18th is narrow off the tee before widening up to encourage a bold second shot to a long, narrow green.

2/ The village and canal system marina at St Francis was developed at the Kromme River mouth in the 1960s/70s by Leighton Hulett. Cape St Francis is a nearby village adjoining the historic Seal Point lighthouse (1878), and Port St Francis has a safe harbour which hosts vessels from the squid industry and recreational boats.

3/ The club hosts the 3-day Calamari Classic in September.

5/ The Eastern Province Senior Open has been played at St Francis Bay in July for 20 years, with 66 the lowest tournament round by past champions Francois le Roux and Zola Konzani.

Course Reviews
A little gem in the middle of the town. Well worth the green fees. Totally amazing.
Jethro Cadman
A pleasant course to play, tight with little margin for error. The lack of rain means the fairways require placing but greens are good and run smoothly. Got to watch the nap. The bunkers can be tricky due to the heavy sand. The course lacks attention to detail but for the green fee it’s worth a visit.
Henry Trevena

View more reviews
The Bay course is not only fun to play, it's a remarkably good layout with a distinctly coastal feel to it, boasting many fine qualities. The holes are interesting and distinctive, some exceptional, it's playable and challenging in all weather conditions, and the greens are consistently superb to putt on. In my eyes it's a links, and with its dry fairways the ball runs a bit. The greens probably wouldn't qualify though as they are receptive rather than firm. A course with five par 3s is unusual, and on the day I played there were 19 two-clubs in the competition. The club is a welcoming one, and you can't help but enjoy the 19th hole and its balcony overlooking the 18th green, a fabulous par-5 finishing hole.
Stuart McLean
Although not in the same class as St Francis Links the Bay course offers some interesting challenges, especially if the wind is pumping. One of its advantages is that the terrain is fairly level & easy to walk. However, many fairways are flanked by thick fynbos making accurate tee-shots an absolute must! The greens are good but a little slow and although the fairways were dry they played well. The staff are friendly & welcoming which adds to the enjoyment.
David Mack
An underrated course which is enjoyable and extremely playable.
Sandor Kovacs

Magnificent course that challenges you even on a rare windless day.

Anzet Schoeman
Great layout with a distinctly links feel that makes for an interesting round. If the wind is up it can be challenging. A fantastic vibe in the clubhouse thanks to the friendly staff.
Amy Laird
The little sibling to St Francis Links has a relaxed atmosphere, and interesting holes make this a course well worth playing. The course was very dry but that adds to the enjoyment of playing a links type layout.
Tara Swart
A favourite Eastern Cape course, fun to play, with some great holes and a routing that makes for a huge amount of variety. I love the holes that wind through the coastal bush. The fairways are not always as consistent as some other courses in the region, but they work in line with its coastal setting. Greens slow but consistent.
Chris Wood
These days several coastal (and inland) courses other than Humewood (the genuine article) claim to be a "Links." But if any layout deserves that classification it is St Francis Bay. This unpretentious and well-conditioned layout has several holes straight out of the links playbook. There's none of the dramatic holes you find at St Francis Links, yet the fairways undulate in a linksy fashion, and the terrain has that seaside look to it. In fact, the 12th green is so close to the ocean that the club is concerned for its future. You can also run the ball into greens, allowing you a greater variety of shots.
Thomas Souness
One of the special hidden gems we have in South Africa. A linksy course which exudes character and charm. On a breezy day it's a challenge, yet like the Humewood links in PE it is eminently playable. Some very good holes, and plenty of variety. The greens are modern designs, with sensible slopes, although the short 17th is treacherous! The 15th is one of the best par 5s in the Eastern Cape. You don't want to be hitting a long club into that splendidly designed green. I like the way the course wanders through the St Francis village, and there's a friendly vibe in the clubhouse which can keep you at the 19th far longer than you intended..
Stuart McLean
An underrated course and a treat to play. A challenging and varied layout. Several blind shots but it rewards good golf. Greens well looked after and easy to putt on.
Sandor Kovacs
A fun course, with good greens all year round, and a friendly club. Layout short but interesting, the wind usually adding the difficulty factor. Very playable for the average golfer.
Ivan Palframan
Submit Your Review & Ratings