The parkland course at Paarl, on the banks of the Berg River, overlooked by a mountain range, was rebuilt in the early years of the millennium when the course was redesigned to accommodate the Boschenmeer residential estate.

An additional 9 holes was added to make up a 27-hole facility, which provides interesting options for members and visitors. This additional nine, with numerous water hazards and changes in elevation, was used when the SA Amateur Championship was hosted by the club for the first and only time in 2004.

The Old Course remains on the site of the original 18, although many of the holes have changed since Danie Obermeyer’s modern makeover. He excelled in his superbly creative greens complexes and bunkering which add to the overall challenge.

The front nine, attractively situated alongside the river, is outstanding, one of the best in the Cape in the variation of testing holes on display. The eighth is a wonderful short par 4 on the river bank, played to a craftily angled elevated green.

The Sunshine Tour has played several events at Paarl, with the championship tees set at 6 300 metres. 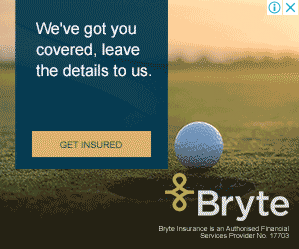 Luxury self-catering options inside the estate at the Boschenmeer Lodges.

The Ben Fouchee Golf Academy range is 1500 metres from clubhouse, open to members and public. Fouchee, a former SA Amateur champion (1987), is one of the PGA of SA’s top 25 teachers. There is an excellent short game facility next to clubhouse.

An impressive sight from the upstairs balcony of the grand clubhouse is of two greens separated by a water hazard. The course concludes on each nine with two risk-and-reward par-5s. The 530-m ninth has a stream in front of a narrow green, with water guarding the right; while the 483-m 18th has the water left. Pine trees lining the fairways are a feature of several tight driving holes.

1/ The club boasts a family-friendly environment. The clubhouse includes the Skin Revival wellness and beauty spa upstairs, a hair salon, the Blijdskap bistro and restaurant, plus a 350-seater Winelands function hall and 150-seater conference facility.

2/ The Paarl Golf Club was founded in 1908, making it one of the oldest in the Western Cape. The club’s first course was a 9-holer on the Berg River at Sanddrift. In 1926 Bob Grimsdell, club pro at Mowbray, laid out a new 9-hole grass links, possibly his earliest design work. A move was made in 1955 to another site and 18 holes.

Course Reviews
Paarl's front nine alongside the river is incredibly good and well designed, but the back nine has some weak holes before finishing strongly at 17 and 18. There is an excellent short-game facility close to first tee. Clubhouse catering is top quality.
Stuart McLean
Submit Your Review & Ratings