Royal Johannesburg & Kensington Golf Club has two outstanding parkland courses as part of its 36-hole facility, and the East Course stands out as one of the continent’s leading championship layouts. The PGA Tour would likely have approved it as the venue for the 2023 Presidents Cup following an impressive bid by the club, but SA’s economic slump has meant the biennial match is too costly to host.

Having had 36 holes for nearly 90 years, Royal has long been looked up to as one of the foremost golf clubs in the southern hemisphere, and today it continues a great historic tradition going back to 1891 with exceptionally high standards of quality service and presentation. Its clubhouse resonates with history, from the foyer to the locker rooms and 19th hole.

There is an impressive “Walkway of Fame” from the car park to the clubhouse entrance, where the names of famous tournament champions (SA Opens and Joburg Opens) are engraved into the pavement.

The East first went through a substantial redesign in 1999, when Royal merged with Kensington GC, which saw the construction of new holes on the back nine. Another significant upgrade took place in 2017/18, again by Golf Data, but this time the changes were subtle ones, and Bob Grimsdell’s design masterpiece has not been compromised. The layout was instead transformed by newly positioned bunkers, new bent grass on the greens, the pruning of trees to open vistas on the undulating property, and increased attention to detail.

The East was built with championship golf in mind, and in the days of persimmon woods and balata balls its sheer length was regarded with awe, even allowing for the effect of Johannesburg’s high altitude on the golf ball. In 1964 it measured 6660 metres from the back tees, par 72, equivalent to about 8500 metres today when you factor in modern equipment and the golf ball.

The club has hosted no fewer than 28 SA championships (men and women) since the Second World War, and 21 of those were in the previous century. This includes six championships from 2020 to 2022 when Royal J&K made history by having both the SA men’s and women’s Amateur simultaneously in the same week over the East and West courses.

In the new millennium Royal J&K became a European Tour venue, hosting the Joburg Open for 11 consecutive years, and briefly an International Final Qualifying venue for the Open Championship.

Royal J&K CEO Chris Bentley was named PGA Professional of the Year in the 2021 PGA of South Africa Awards. 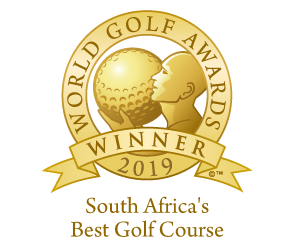 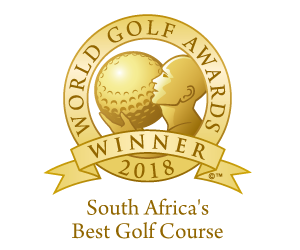 The cornerstone of the East is its number of beefy par-4s. Three exceed 500 yards, including the back-to-back 10th (474 metres) and 11th (457m). Both play gradually downhill, yet No 11, one of the country’s best holes, adds in a dogleg fairway and the daunting prospect of a large water hazard fronting the green. Even with these two holes, the back nine is 207 metres shorter than the front, where everything is long barring the shortest hole on the course, the 162-metre fifth, a scary par 3 from an elevated tee to a narrow green protected on the left by water. If there’s one thing missing on the layout, it’s a short par 4.

Lengthy range and golf academy 100 metres from clubhouse adjoining the West Course tenth hole. Excellent short-game facility in front of clubhouse. Martin Briede is the Head Teaching Professional and academy owner, and former SA Open champion Gavan Levenson works under him as a teaching professional. Both are ranked among the top teachers in South Africa.

1/ The East was voted Best Course in SA and Africa at the 2018 and 2019 World Golf Awards. The club is the only SA member of the World of Leading Golf.

2/ Royal J&K made history in February 2020 by hosting both the SA Amateur men’s and women’s championships in the same week on the East and West courses. They were held at Royal through 2022.

3/ A walkway of fame to the clubhouse has plaques commemorating winners of major events.

4/ Two prestige international amateur team events have been played on the East. Three Royal members were in the 6-man SA team which won the men’s Commonwealth tournament in 1959 against Australia, New Zealand, Canada and Great Britain & Ireland. In 2007 Royal hosted the women’s 5-Nations involving GB, Australia, SA, Canada and NZ.

5/ Course designer Bob Grimsdell was club pro for 20 years until 1946. He shuffled holes on both courses to accommodate the new clubhouse which opened in 1939.

7/ Club member Ashleigh Simon was 14 in March 2004 when she shot a final round 63 to win the SA Women’s Open, having started eight shots off the lead.

8/ On an August Saturday in 1981, club member Hal Snow began his round 2-2 on the East, an albatross and birdie.

An outing at Royal East is an amazing experience. I was with players of varying skills and was pleased by how friendly this challenging course was to each of us. Few balls lost and an enjoyable round. The greens were superb, fast and true. The overall experience including the new restaurant at the old halfway house made for a memorable day.

View more reviews
The Beast is a very strong challenge. It only lacks a risk-and-reward short par 4. Well positioned bunkers, so you have to think on every shot. Where can I miss this? Awesome layout.
Graham Jones
It's a cruel reminder of your frailties when you play a true championship layout like the East Course how difficult and exacting this game can be. I was thankful to make a handful of pars! The East appears to have lots of width to it off the tee, yet the emphasis is more on how powerfully you can drive the ball, rather than merely hitting fairways. Saying that it remains extremely playable for all (the greens are quick yet superbly fair putting surfaces without ridiculous slopes) and an enjoyable experience. One unfortunate factor is that the East does suffer from perennial drainage issues on four low-lying fairways (Nos 6, 7, 11, 13) during wet weather, and the daily storms in Joburg right now don't help. But the bunkers cope beautifully and are a delight to play from.
Stuart McLean
Royal East is billed as a premium golf experience and generally lives up to its reputation. Regretfully the winter conditioning is below the standard expected of a Top 10 course. The tee boxes are poor, and the greens not what you would expect at Royal. In addition, the service and time taken at the halfway house needs immediate attention. Maintaining all conditioning and facilities ratings should be a priority for Royal East given its high ranking, and our group was left disappointed.
Jon James
A true championship course, my favourite in Gauteng, a great design with fairway bunkers perfectly placed, and requiring great ball striking off the tee to set up a challenging approach with few bailout areas. The greens had recently been rolled and running fast. However, numerous pitch marks had left grassless coin-sized gaps, creating inconsistency and bumps. Pace of play was also not ideal.
Graham Jones
Royal J&K exudes a special brand of ambience for visitors unused to such a quality presentation. The walkway from the car park to the clubhouse entrance, the magnificent facilities inside and out (one of the best traditional locker rooms you will find around the world), the terrific short-game practice area in front of the clubhouse. The East is a pure championship golf layout from start to finish, a classic design to revere. The par-5 first is a relatively gentle opener, albeit with a tricky rumpled green, but after that the bar is raised substantially. There's width off the tee to keep you in play, but the approach shots to fast-paced greens are demanding and it's not a course where you can hide your frailties.
Stuart McLean

This is my home club and I have tried to be as objective as possible. There are several aspects of the East that should be better, notably the tees, which have become somewhat uneven, and the fairways, with which I have a problem with the method of mowing. Two wide strips, one towards the green (left side) and one towards the tee (right side).

Beautiful and enjoyable championship course with two tee options for women: Executive and Classic. Very picturesque holes, and greens superb. The clubhouse and 19th hole are large and it has an old school feel.

Amy Laird
The East Course was looking fabulous in the second week of December. The greens were a touch slow and the bunkering still problematic.
Neville Clarke
The East course needs to have another set of tees to cater for the average golfer. The greens and bunkers have settled after reconstruction three years ago and the course warrants its championship rating. A destination for any visitor to Gauteng and a great test for serious golfers.
vaughan sammons
A course that will test your game. Accuracy off the tee is important because of the trees. The conditioning is world class, the greens are a pleasure to putt on.
Philip Malan
Recent rains have contributed to the course being in excellent condition. While Royal East generally maintains superb standards, befitting one of the best parkland courses in SA, like most courses it has suffered a little with all aspects of the course due to lockdown. East is a true championship challenge with significant length and difficulty that will test all aspects of your game.
Doron Neuhaus
Definitely the best course in Gauteng and yet so accessible to all golfers wishing to play there. Greens were in excellent condition for winter. Fairways weren't green but still in great condition.
Sabelo Ndabazandile
Wow! Wow! Wow! A magnificent course. Measures up to its reputation and is comparable with any other world-class course.
Sandor Kovacs
Royal East is a treat. The presentation in summer is superb. The greens were excellent and the bunkers have settled well. Pace of play and value of a day at Royal is brilliant. Service, pro shop and the "Royal Experience" are all appreciated.
Jon James
Submit Your Review & Ratings